ARGARIZIM continues studies where Fosforos left off; disclosing a deeper understanding of the Luciferian gnosis, one that is not focused on carnality or egotism, but on the pursuit of true realization concerning the essence of Satan and the philosophy of the occult, focusing in this book more specifically on areas that otherwise are rarely treated in general LHP literature. The book concentrates, amongst other topics, on the influences of emotions, as connected to aspects of Cardinal Sins, within the advancement of the initiate, explaining the differences between satanic paths and their progressive and regressive effects within the spiritual context. Dangers of the astral realms in connection to interactions with their denizens and the different states of the Spirit in the afterlife are also amongst the varied occult topics addressed, making this book most valuable for the students that have experienced the trials of the Mortification phase and that now reach for deeper and higher understanding concerning spiritual evolution as it is perceived within the author’s Brotherhood of the Star of Azazel.

The book consists of twelve chapters (each named after a certain stage of the descent into the Dantean Hell) plus prologue & epilogue.

UNSEEN FIRE I: Writings by Members of the Star of Azazel (20 €) 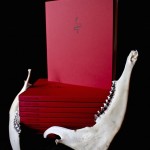 UNSEEN FIRE, the Star of Azazel’s first annual publication in English, introduces a variety of articles by members of the fraternity. Recommended to all interested in the philosophic basis and the spiritual practices of the Star of Azazel. 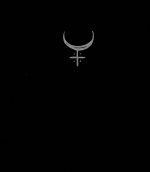 UNSEEN FIRE is an annual publication of the Star of Azazel. This book-like publication contains a collection of articles by members of the brotherhood with effective illustration. Writings on the second Unseen Fire intertwine under the theme of elemental world; in particular on plants, animals and the element earth.

Articles included:
Fra Jiva: Askr and Embla as Öndvegissúlur: Forging the New Human / Fra Obnoxion: Leviticus and Beyond: Philosophising by Sacrificing / Sor Heith: On the Red Aspect & Gardening / Sor Vanadís: Feminine Creation Myths in Finnish Mythology / Fra Obnoxion: Hounds of Melancholy / Fra Kenazis: Sacred Plants: Amanita Muscaria / Fra Sebomai: The Prophet and the Ass: The Story of Balaam’s Talking Donkey and its Mystical Significance / Sor Heith: The Magical Qualities, Religious Use and Role of the Alder Tree Among the Finno-Ugric Peoples / Fra Nefastos: Our Relation to the Animal Kingdom and Vegetarianism.

List of books by Johannes Nefastos, published in Finnish and mostly sold out (see the Finnish site for the titles yet available):

Star of Azazel continues publishing its annual magazine, Hylätty Kivi, including articles from several members of the brotherhood: