In this blog we’ll present some texts which aim to help those interested in the philosophy of the Star of Azazel to become inspired by our ideas, or to just contemplate on them in one way or another.

Where the Book of Paths (Polkujen kirja) introduced emphasis for aspects which are not location-dependant, lodges are geographical operational centers of the brotherhood. Every lodge has its own spiritual field of operation. This means that within their dharma, every lodge also has a colour aspect. The colour of the Helsinki lodge is white. 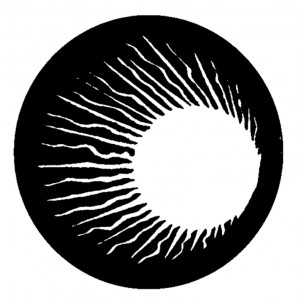 Our emphasis on the White Aspect attaches us to the planetary ruler of Venus. As every occultist knows, this planet — which is also known as Lucifer or Eosphoros/Phosphorus — plays a particularly visible role in esoteric world view. Though the attempt to compress the multidimensional reality of Luciferian power and meaning into few lines would be ill-fated, I believe that by following the writings of this blog it is possible to get a glimpse of these possibilities; whether read from the lines or in-between. How this deity, externally attached to love, beauty and sexuality, finds the inner expressions of the fulfillment in magical creation and the transcendence of intellect into abstract reality, is something that only deep and empathetic work can verify.