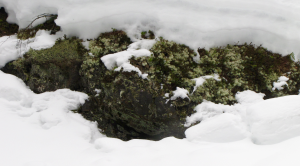 Hermann Hesse notes that when artists create pictures and thinkers search for laws and formulate thoughts, it is in order to salvage something from the great dance of death, to make something last longer than we do. It seems that the ancient Egyptians, obsessed with death, were much wiser than the contemporary man in this aspect, as they understood the importance of death in the development of human life.

A person’s life becomes defined at the moment they die. It’s a strange feeling, looking at their phone number and knowing that no one will answer should one try to call. It feels even stranger reading an letter from them- it was, after all, only a few months ago that this was written by warm, moving, living hands that created, and no longer exist. Where she was in one’s mind, is now a kind of a hole, and no one to occupy that space. Each person’s relationship and meaning to our lives is unique, and it can only be understood and seen completely when they are dead. The high and low points of that relationship are considered carefully and with a deeper perspective, because they are gone. Just like funerary rites, this too is a ritual, a final and defining chapter on the relationship that is now dramatically changed.

The evaluation of objects and items too change when a person dies. A bag of salt from her becomes the bag of salt, and it is forever differently defined from other bags of salt. It was hers- hers who died, and now it is mine. There is something powerful and mysterious about it now, on this exchange between the living and the dead. Every time this salt is used, she is there in my mind. An object that was nothing more than a household item for the deceased has now gained a radically different meaning and symbolism through her death. It has begun to feel like a ritual item, much more important than other objects she left behind that had monetary value; and I find that the items that had value in the eyes of the world mean nothing to me.

This bag of black salt that becomes less every time it is used, and when the bag is empty, there is no way to fill it. One can replace the salt with other salt, but it is not the same. This simple thought fills me with humble wonder, it is almost like a secret; it is a key to understanding. The bag of salt has become a memento mori in the most holistic way. The salt will lessen, and I too, shall die.

What is left then, when a person dies? Not much. A few items, some books, their handprint at the edge of the garden where a sitting area was built years ago. The other hands that carried, built, and planted on that sunny day are still living, moving, warm. What is left for the living are memories that fade and change over time, and if one is lucky, perhaps artworks that reveal little of the inner world of the deceased and stare back at us like a riddle, saying that there is something which can not be yet told. A veil has been drawn between us, a veil that one can truly only part when their own life becomes defined.

At the end of this small pondering, I’d like to address a question that was sent to our general mail a few weeks ago.

If I feel that death is a positive, even holy force, is it wrong to feel sad over the loss of a relative?

I don’t deceive myself enough to claim that I understand the mysteries of death better than the next person. While I believe that death itself is not a tragedy (as opposed to the circumstances that lead to or surround it which may be) it is not wrong to feel sorrow over the departure of a friend or a loved one- they have gone on a journey to which we have not been invited yet and no one can truly know if there can be a reunion or not. It even seems to me that it would be inhuman to deny ourselves the right to feel anything, because we are beings that process via our emotions.

But one thing I think, dear reader, is that when that call does come, be that in fifty years or tomorrow, one should be able to step on the other side of the curtain knowing in their heart that they became the best they can be- that the grains of that black salt were not used foolishly.

One should have a heart that leads them on like a compass, straight as an arrow, regardless of what may come to pass. Suffering is a very human thing, as is sorrow. They both can have the ability to teach us- for the world is an ocean, and each wave that rages against us we can either choose to battle with our flimsy little fists or let it wash over us with the knowledge that once that struggle passes, the wave travels onwards, perishes into the horizon and will never return.